With the help of Team Riverwalkers, and 14 other teams totaling nearly 100 volunteers, the Friends of the Middle River (FOMR) removed 150 tires, and filled a 30 cubic yard dumpster ~2/3 full of an assortment of trash, from the Middle River during our annual cleanup this year. – FOMR Chairman Dave Mangun

HMNs were in that number, contributing to FOMR’s big trash haul from Augusta County’s Middle River: 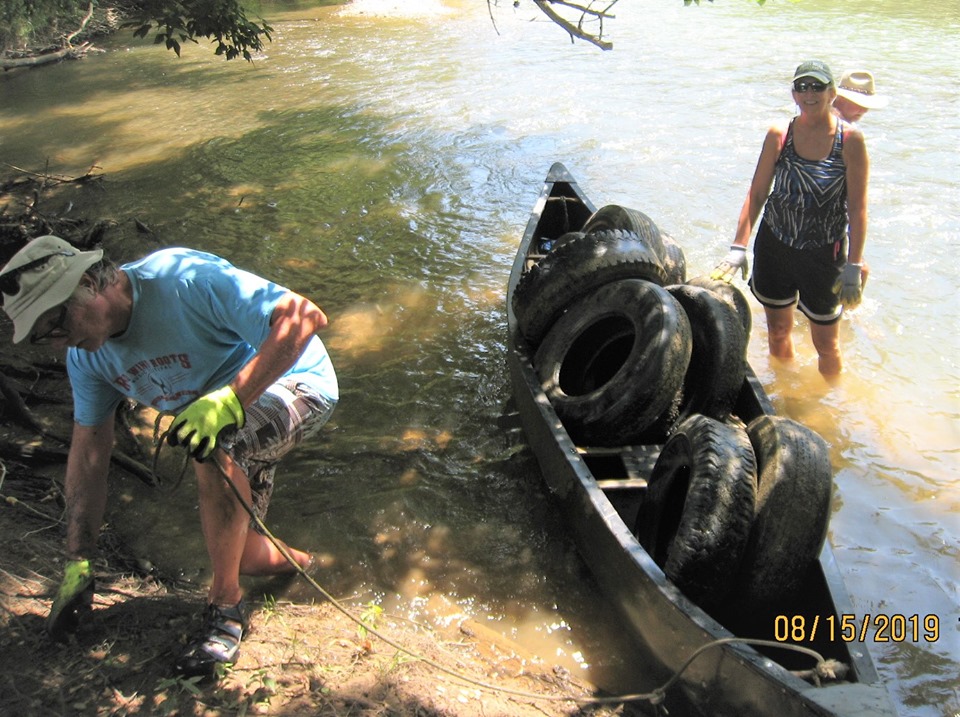 Ginny Hoffman, Cohort III, stands by a boatload of tires pulled from the River on August 15. On the left is Ginny’s husband, Alan Hoffman. Team Hoffman cleaned nearly 2 miles of river and upon setting out, immediately hit a big stash of tires. So they returned the tires back to the put-in as you see in this photo and relaunched their trip again. That is Roger Robinson, Cohort I, behind Ginny, who helped them launch the trip from his property. 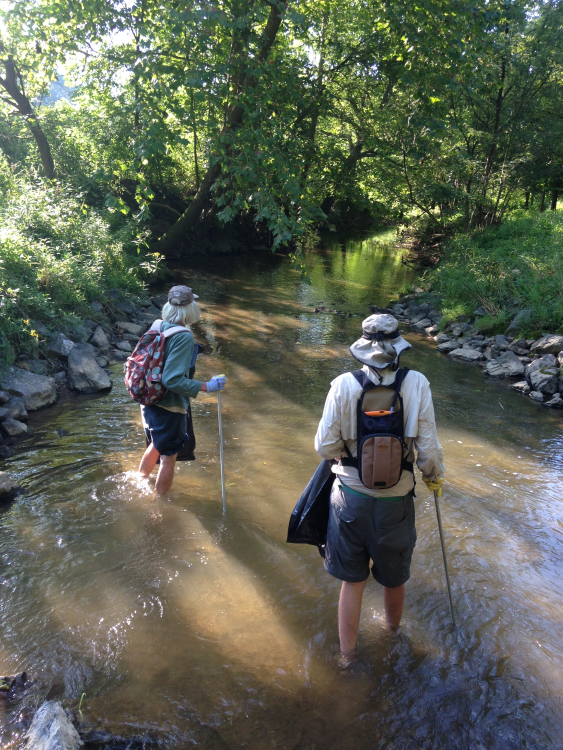 For the first time, this year’s Friends of the Middle River’s Cleanup included the River’s Moffett Creek tributary along Moffett Branch Rd. In the photo above, Adrie Voors and Carl Droms, Cohort II, enjoy walking in the stream while gathering trash. 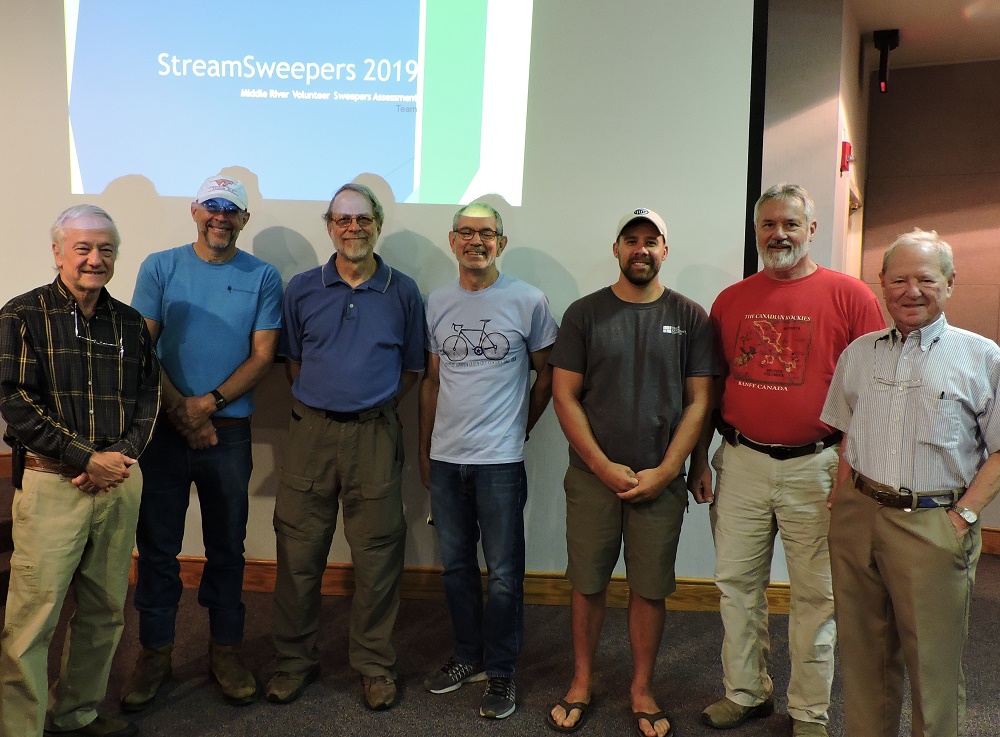 John Bauman, Cohort VI, was on a team of five people who assessed 16 miles of the lower part Middle River down to where it enters North River. They “geo-tagged” where significant trash was located so it could be cleaned up later. They also evaluated different physical features of the river like tree canopy cover, bank erosion, riparian buffer quality so that future river improvement projects could be planned. The photo above is of that group as they were being trained to do the assessments. This assessment project was done in conjunction with StreamSweepers.