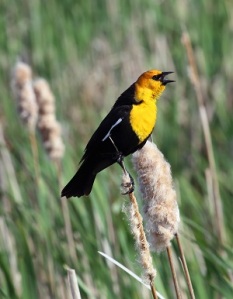 My new ‘nest away from nest’ for the next couple of years will be New Mexico as my youngest son decided to attend St. John’s College in Santa Fe.  Many thanks to him for choosing the Land of Enchantment!

All went well for the late August orientation and start up of the freshman year and once again I left my son with the classics, Homer, Aeschylus and Herodotus for starters as I took off in search of Buteogallus anthracinus, Toxostoma crissale, Nucifraga columbiana, etc.!!

It was an early start for the first day of birding as I headed with a bird guide to Santa Rosa to a private ranch, Spirit Haven, in search of the Common Black-hawk and hopefully much more.  A pre-dawn surprise were a few meteors greeting us and then followed by a spectacular sunrise as we raced down route 285.  Along the way, we stopped at several small ‘ephemeral pools’ that had been formed due to much rain in New Mexico.  A few highlights were Swainson’s Hawk, Cinnamon Teal, Lark Buntings, Ruddy Ducks and Eared Grebes.  We arrived at Spirit Haven and spent the better part of the morning birding.  We never did see the Common Black-hawks but many great treats included Mississippi Kite, Says Phoebe, Cassin’s Kingbird, Ladder-backed Woodpecker, Lazuli Bunting, a flyover of 100 or so Yellow-headed Blackbirds (life bird) and for this part of the world an unusual visit by a Carolina Wren!

On the trip back toward Santa Fe and again flying down the road, the guide noticed some prairie dog mounds so we doubled back to check for Burrowing Owls and sure enough, there were four owls!  Back in the car, we headed for Galisteo Basin Preserve, a 13,000 acre expanse promoting a blend of thoughtful conservation and community development.  Although it was not particularly ‘birdy’ when we were there, the 360 degree, panoramic views were breathtaking and what New Mexico is all about …. and it was so, so quiet!  We did find Sage Thrashers but not the Crissal.  Additional bonuses included one beautiful coyote and a huge bull snake in the middle of the road.  Under the bird guide’s watch and with a bit of encouragement, the snake safely crossed the road!   It was a marvelous day full of many beautiful birds, creatures and enchanting landscapes.

The following day, I returned to the Randall Davey Audubon Center for their volunteer-led Saturday morning bird walk.  The Center offers 135 acres of beautiful, diverse landscapes, various ecosystems, plant zones from riverside riparian to pinon-juniper woodlands and all of this is surrounded by the Santa Fe National Forest and Santa Fe River watershed.  The morning gave us a smattering of southwest birds including Broad-tailed Hummingbird, Juniper Titmouse, Canyon and Spotted Towhees, Lesser Goldfinch, Mountain Chickadee and Townsend’s Solitaire (a lifer).

In the final moments of my time in Santa Fe, I went with the bird guide to the Sandia ski basin in search of  Clark’s Nutcracker.  We spent almost an hour walking around the woods approaching dusk searching for this one bird and just as we were heading to the car to leave not only one, but two of the nutcrackers flew overhead!  We enjoyed watching them fly to and fro, landing for a bit and then taking off again.  Another lifer for the list.

Thanksgiving will take me back to New Mexico and I hope to head south this time to Bosque del Apache for the wonders of Sandhill Cranes and Snow Geese.

– by Penny Warren, Cohort I, President of the Augusta Bird Club, September 2015