Our President, Jerry Hopkins has been true to his resolution for 2015.  He has entered his hours on VMN-VMS for January and so has 28% of the chapter.  That’s pretty good for January!  But we’ve done better . . . this time last year, 55% of the chapter had entered hours for January!

I’m thinking a monthly target might be a good incentive – so every month I’ll give you an update on what we did last year for the upcoming month and we can see if we can match or best our own record.  In February 2014, 60% of the chapter had logged hours for that month.  Can we do it again this year?

When my husband and I lived in Detroit (well, really we lived in Grosse Point City but we worked in Detroit and given the situation at the time, you could say I “lived” in Detroit) I had a position at Wayne State University (WSU) in the Office of Research and Sponsored Programs.  I was the Assistant Director of the Office – which meant I was in charge of the “financial side” of the operation.

Our Director was a giant of a man in every way – emotionally, physically, mentally and spiritually.  I admired him greatly, so the day I heard a huge crash in the hall was a day that began a six-month challenge that tested and strained every part of my being.  The stroke that brought him down set me on a course that I neither sought nor wanted (much to the University Vice President’s disappointment).

Suddenly, I was in control of the whole operation and we were trying to reach Carnegie I status as a University – that meant millions of dollars flowing into WSU that had to be monitored and reported – a task the Director had kept for himself due to its importance within the University.  I figuratively “lived” in those offices for the next six months.  It probably would have been easier for me to live on campus, but I had a “new” marriage to nurture too.   So home I went – every night (or morning).

One of the mechanisms I used to get from day to day and reporting month to reporting month was to set up little competitions with myself: could I get it done faster than last month?  Could I make my manually calculated figures match the University’s developing reporting system within 20%, 10%, 5%?  This was in the early 1990’s so computer reporting was still in its infancy.  Could I reduce grant/contract “rejects” from the University’s Accounting Office to 20%? 10%?, 5%?  Could I get through the next meeting without stripping off my suit coat because I was in the middle of a hot flash? 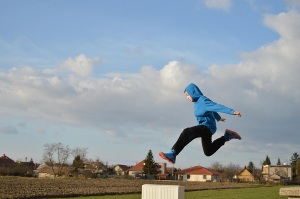 I am here to tell you I survived and so did the University.  We got our Carnegie I status and I got a sizable bonus.  I played ball with the “big boys” and I learned I did not like their game.  Our Director returned to an intact office and when an opportunity came my way to further my education, I left my position to get a Masters in Inter-disciplinary Studies (MIS).  But I enjoyed those little competitions with myself and so I was wondering if our chapter might not enjoy a little competition with itself . . .