Rockingham Bird Club members and university professors Clair Mellinger and Charles (Zig) Ziegenfus have been running a Northern Saw-whet Owl (Aegolius acadicus) banding station at the Highland Retreat Center near Bergton, VA, every fall for 15 years. They generously invite families and groups to watch and participate in their work.

On any given night the number of owls caught is subject to the vagaries of the weather and migration patterns of these small raptors but Sunday, November 6 proved a great night for the banding station and HMNs who made the trip there. Over 20 owls were retrieved from the nets to be weighed, measured and banded.

Clair Mellinger has been keeping a blogsite with daily reports on the station’s activity. His report for November 6 is here: https://highlandretreatowls.wordpress.com/2016/11/07/7-november-2016/

Some notes on HMN trips to the banding station in 2014 are here.

Thanks to Kim, Kathy and Ann Murray, Cohort II, for the photos below. 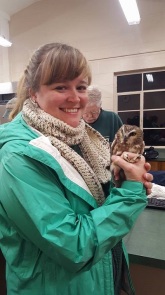 Rachael and Clair retrieving an owl from the net. Photo by Kathy Whitten. 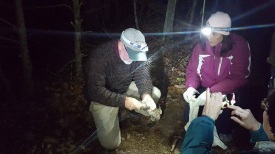 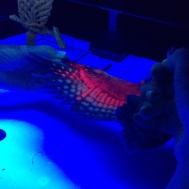 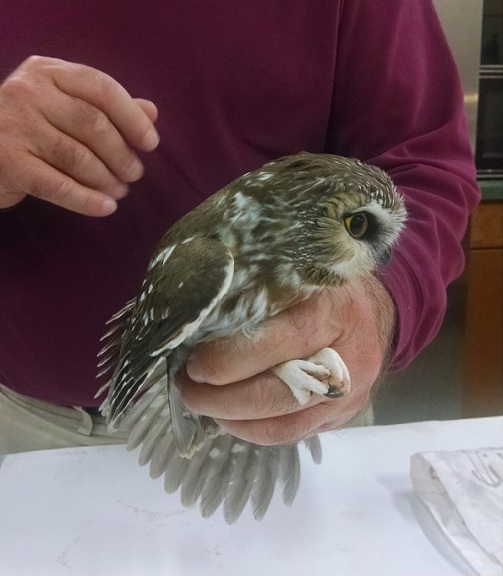